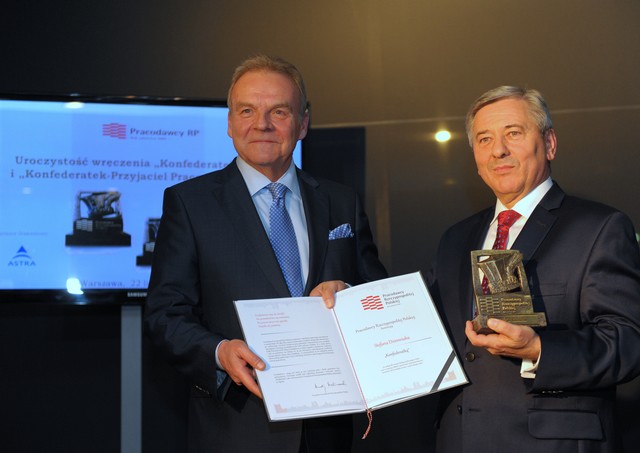 Stefan Dzienniak, Director of External Affairs, Environment and Special Projects, member of the BOD of ArcelorMittal Poland was honoured with the Confederate Award of the Employers of the Republic of Poland.

“The Confederates” are the annual awards of the organization presented to its members in recognition for achievements on the field of social dialogue development in Poland. This is a very nice touch at the end of his professional career.

The awards ceremony was held at the club of culture “Saska Kępa” in Warsaw, November 22, and was the key element of the 23rd anniversary of Employers of the Republic of Poland.

Stefan Dzienniak was awarded for his achievements in supporting the statutory activity of Association of Steel Industry Employers, especially on the field of social dialogue, training and education.

The Confederate-Friend of an Employer Awards were also handed out during the ceremony – this are special awards presented to legal persons, business activists, or to people outside the business community whose activities contribute to the development and integration of the entrepreneurs sector.

The award was also handed over to Zbigniew Podraza, mayor of Dąbrowa Górnicza, for his commitment to the economic development of the city and for supporting close relations with the biggest companies from the steel and coke industry, members of Association of Steel Industry Employers (ArcelorMittal Poland and Coke Plant “Przyjaźń”), and for promoting their development and initiatives that will serve the citizens of Dąbrowa Górnicza. 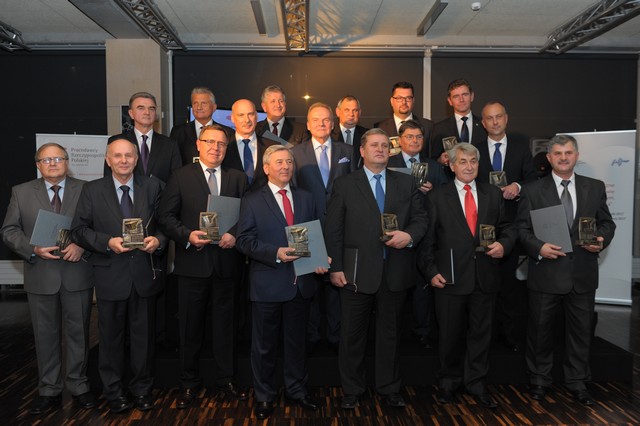